Looking for insight to secure a services-oriented backend architecture

Good evening to all!

TLDR: looking for insight regarding:

I know this is a lot to read and answer to, but I did quite a lot of research over the past couple weeks and I’m in a little bit of an impass at the moment. I’d appreciate any pointer and/or information really.

After years of experience as a software engineer, I decided to get back to one of my former hobbies: creating games. For educational purposes, I’ve been working recently on a online game project.

I developed a passion for well-designed software architecture and I am having a blast applying that to creating games. I desgined a prototype with a set of basic features, including networking, as a basis for the game. I am currently working on a basic authentication/authorization system, and instead of building everything myself, I decided to use Auth0 as IDaaS.

Connecting a simple Vue.js app to Auth0 with signup/signin with an authentication guard was done in a matter of hours, but I am struggling to find the best way to authenticate users from the game. Bear in mind, I am still a beginner with Auth0, but I’m loving the stack so far.

You’ll find below a simplified version of the game server’s architecture and the connections between components/services. The components are :

And here are the connections : 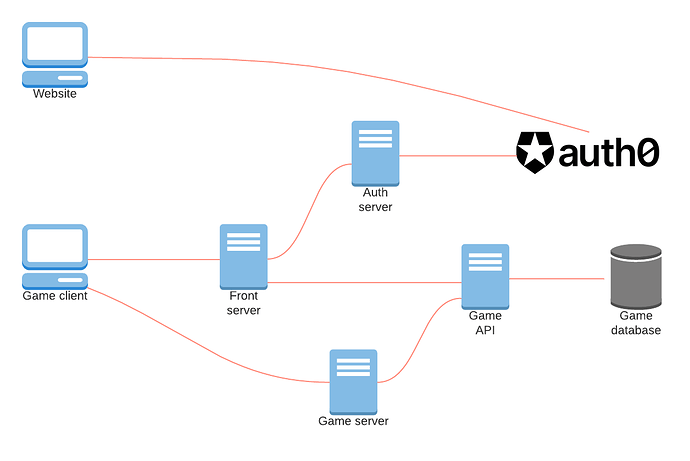 At the moment, the access flow is very simple and not secure at all, as shown on this diagram: 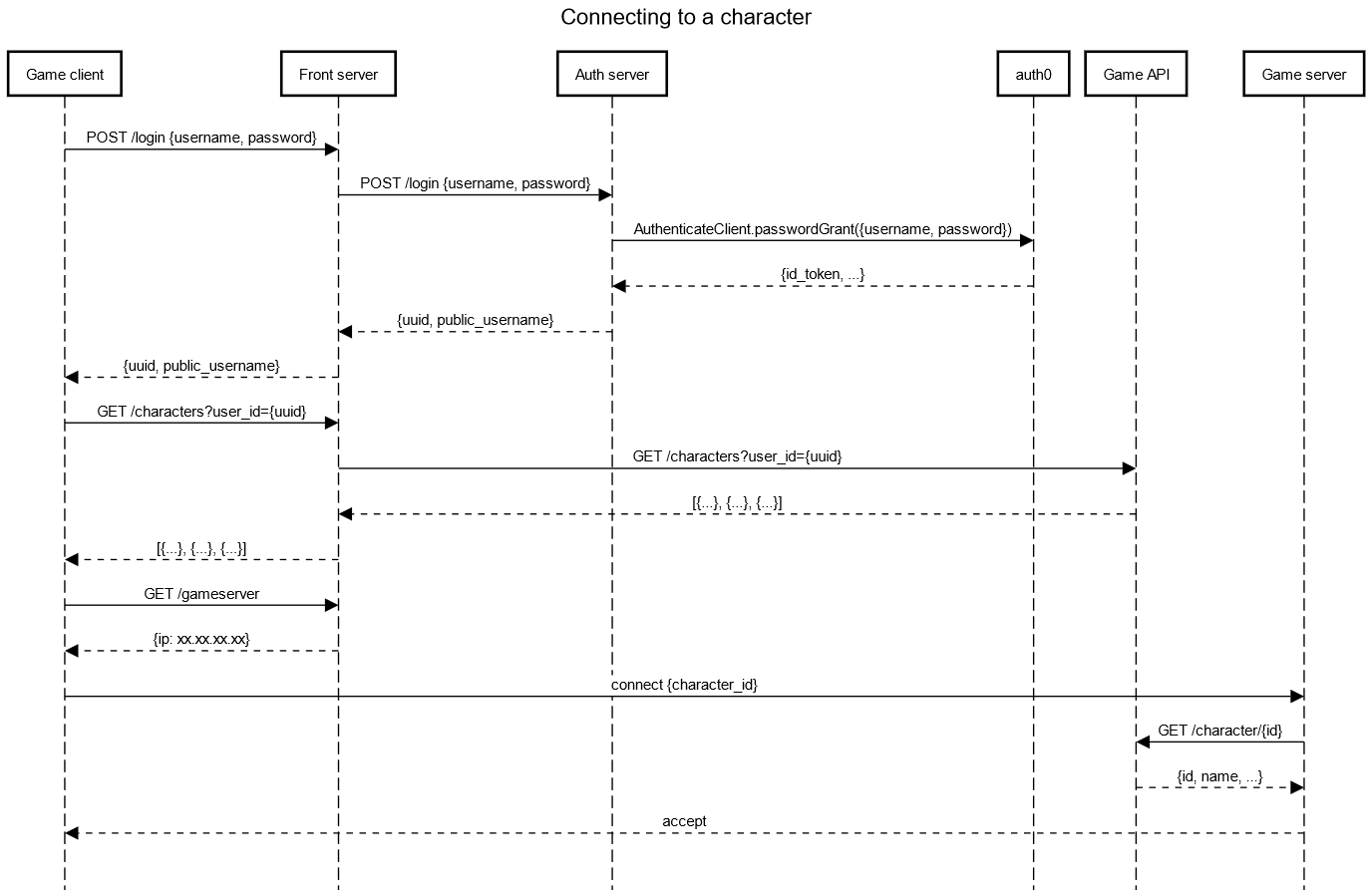 Basically, I set an action on the auth0 dashboard to create a uuid for every new user (in their app_metadata), independently from the tenant. This uuid is added with another action (post login) to the id_token.
When a user wants to connect with a character on a game server, they connect to the game, retrieve their uuid and public username.
Based on this uuid, they get a list of characters from the server, ask for a server IP and connect to it with the id of one of the characters.

The obvious problem is that the auth server allows to get back a user’s uuid securely, but there are no security checks at all after that. For example, a user could change their uuid before the [GET /characters?user_id={uuid}] call and get someone else’s characters instead.

Now, I’ve been thinking of ways to add security to this simple architecture, but I have not met a lot of success so far with auth0, probably due to a lack of expertise regarding Token Based Authentication as a whole.

My idea was to forward the access token all the back to the game client after the login process. The token would then be a part of every request sent to the front server, allowing the authorization process, and also part of the handshake with the game server.

Here are my questions:

Note: here’s the text source of my diagram from sequencediagram.org if anyone wanted an easy way to add notes to mine:
auth0 help sequence diagram.txt (1007 Bytes)